The Rain or Shine Elasto Painters, despite the absence of new acquisition James Yap, hold off the TNT KaTropa 101-87 in the 2017 PBA Philippine Cup at the Areneta Coliseum on Wednesday.

Beau Belga and Gabe Norwood had 14 and 13 points, respectively. Raymond Almazan, the best player of the gamed, contributed 13 points to go with 12 rebounds, while rookie Mike Tolomia added 11 points, four rebounds, two assists and a steal.

The KaTropa, without their new head coach Nash Racela and star player Jayson Castro, was led by Ranidel De Ocampo with 24 points.

Next Game of Elite and Fuel Masters: 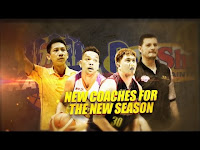