Here are the details for Davao Occidental Tigers vs. San Juan Knights in Game 2 of their best-of-five National Finals series in the 2018-19 MPBL Datu Cup.

Mike Ayonayon had 17 points for the Knights. John Wilson and Mac Cardona, who led San Juan in Game 1 win, finished with 4 and 8 points, respectively.

Game 3 will be played at the Filoil Flying V Centre in San Juan, the home court of the Knights. 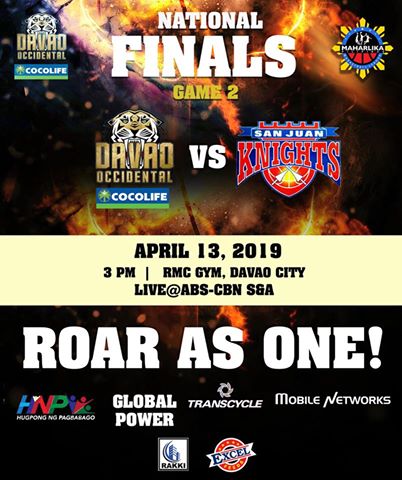