Here are the details for Barangay Ginebra and Magnolia Hotshots in Game 3 of their best-of-three quarterfinals series in the 2019 PBA Philippine Cup.

Hotshots overcame a 0-1 series deficit and booted out Ginebra for the second straight conference as it reached the 2019 PBA Philippine Cup semifinals.

Jeff Chan scored all of his 17 points in the fourth quarter to lead the Ginebra.

Magnolia will face Rain or Shine Elastopainters in a best-of-seven semifinals.

Watch the game highlights as the Magnolia Hotshots defeated the Barangay Ginebra, 85-72, in Game 3. 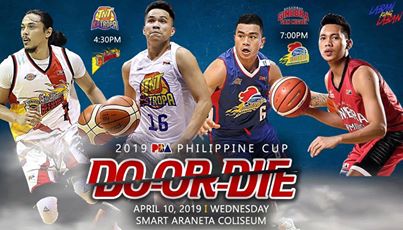