Here are the details for Davao Occidental Tigers and Batangas City Athletics-Tanduay in Game 1 of their best-of-three south division finals series in the 2018-19 MPBL Datu Cup.

The Tigers held the Athletics to just seven points in the first quarter before holding on in the last three quarters, en route to a victory. 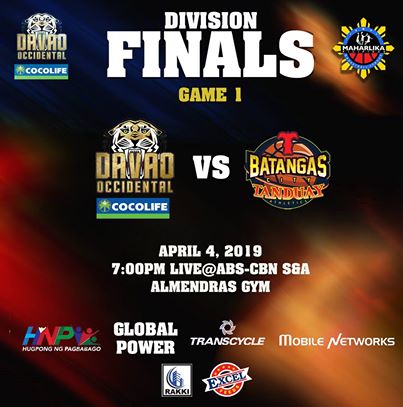