The Navotas game against the Rizal has been postponed due to a slippery floor at the Navotas Sports Complex.

Players on both teams repeatedly slipped on the court.

MPBL Commissioner Kenneth Duremdes called off the game as the venue has been declared non-playable due to humidity.

Navotas were leading after first half, 56-39, when the game was stopped.

(Game highlights of Navotas vs. Rizal will be added once available.)

Here are the details for Navotas Uni-Pak Sardines vs. Rizal Xentro Mall Golden Coolers in the elimination round of the 2019-20 MPBL Lakan Season. 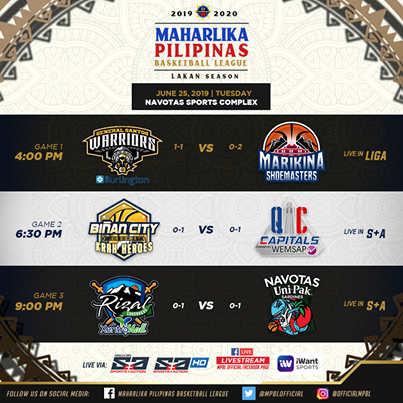