The PBA announced that it will temporarily suspend its 2021 Philippine Cup schedule starting August 4, Wednesday.

The league made the announcement early Tuesday "in support of the government's directive in addressing the unwanted rise of COVID-19 Delta variant infections, and its announcement of placing the National Capital Region (NCR) under GCQ with heightened and additional restrictions from July 30 to August 5," followed by an enhanced community quarantine (ECQ) from August 6 to 20.

As NCR will be under ECQ, the PBA is waiting for the Inter-Agency Task Force for the Management of Emerging Infectious Diseases (IATF-EID) decision regarding its request to temporarily transfer and continue its games in Lipa City Sports Complex in Batangas.


ADVERTISEMENT
Before the suspension of the tournament, Magnolia is on the top of the standings with a 4-0 record, while the TNT is at second place with a 3-0 slate.

Meralco is at third place with a 4-1 record. San Miguel is currently at fourth place with 3-1 record, followed by Rain or Shine at fifth place with 4-2 slate. 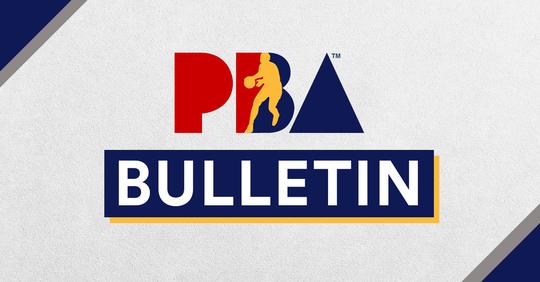