Here are the details for Davao Occidental Tigers vs. San Juan Knights in Game 1 of their best-of-five National Finals series in the 2018-19 MPBL Datu Cup.

Emman Calo had 27 points while Mark Yee had 13 points and eight rebounds for the Tigers, who lost at home for the first time in the Datu Cup. 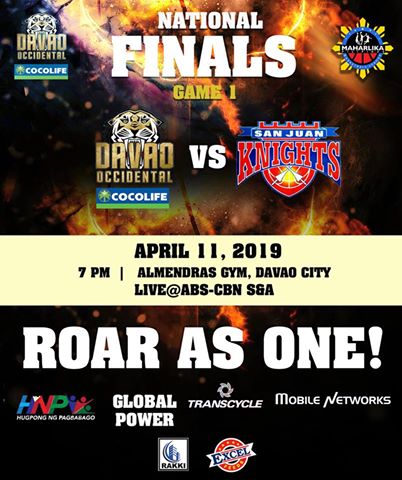