Reinforcements led the Mighty Sports Philippines over South Korea in the battle of undefeated.

The Philippines was trailing, 62-70, in the payoff period until Renaldo Balkman, Hamady N’Diaye, and Mackenzie Moore made a run to turn everything around.

Balkman had 19 points, eight rebounds, two assists, one steal, and a block to lead the Philippines.

N’Diaye provided energy and scored all six of his points in the fourth quarter.

The Philippines representative will have a two-day break before facing Indonesia on Friday, July 19, 3:00 P.M.

(Game highlights of Philippines vs. South Korea will be added once available.)

Here are the details for Mighty Sports Philippines vs. South Korea in the 2019 William Jones Cup. 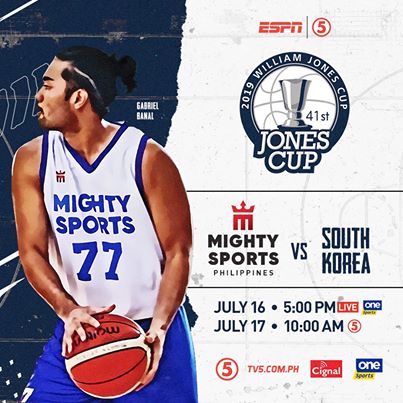