PBA moves opener to March 8 due to coronavirus threat

The Philippine Basketball Association (PBA) announced on Friday, February 10, that the opening of its 45th season will be moved due to the threat caused by the novel coronavirus.

In an statement posted on Twitter, the PBA announced the new date of the 2020 PBA Philippine Cup on March 8. The opening was originally scheduled on March 1.

The PBA also postponed the D-League’s opening from Feb. 13 to Mar. 2 at Paco Arena in Manila. 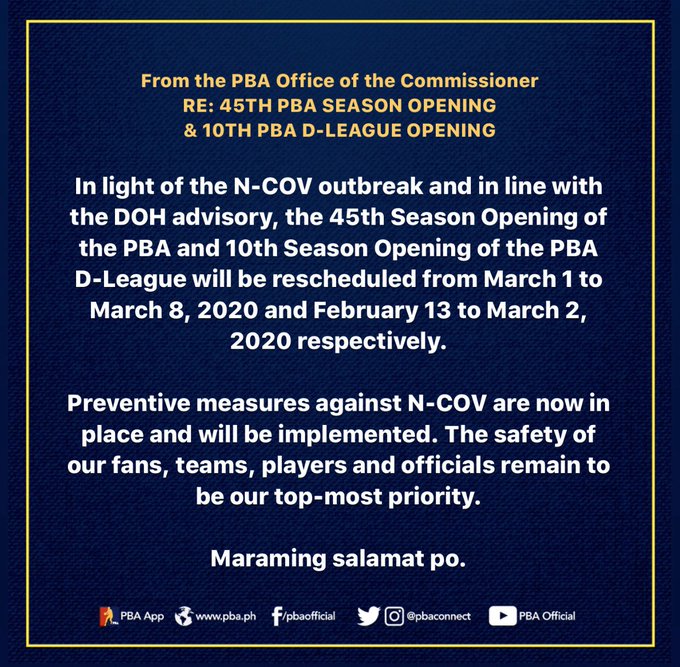