With the game tied at 82-all, Chester Saldua gave the Tigers the lead with putback on Mark Yee missed. While on the defensive side, Billy Robles blocked the possible game-tying layup of Med Salim to protect the Davao Occidental's lead in the closing seconds of the final period.

ADVERTISEMENT
Zamboanga still had the chance to tie the score or win the game, but Raffy Reyes failed to convert his two jump shots as time expired.


Harold Arboleda wound up with a near triple-double of 24 points, 10 rebounds and seven assists to lead the Zamboanga side. Leo De Vera contributed double-double of 15 points and 11 rebounds in losing effort. 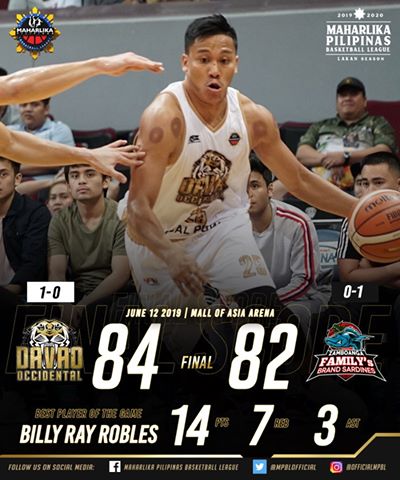